This Is It! trumps Just Do It!

Move over "Just Do It". "This Is It" is now destined to be the 2nd greatest string of 3 words to ever inspire (after "I love you" and its variants). 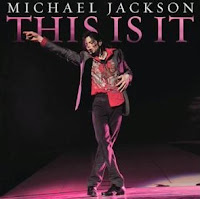 Dubbed as the "Greatest concert that never happened", this movie will be talked about for many years to come and "This Is It" will have its place in personal promises, campaign speeches, marketing slogans, love songs and many a battlecry.

The movie, composed of a carefully stitched series of rehearsals for Jackson’s summer 2009 London concerts, is reality concert at its best. While Michael knew he was being filmed during rehearsal, surely, he did not know that this would be his last curtain call.

I watched the movie out of curiosity but came out awed. Now I know why Michael Jackson is considered as a musical genius and a true artist by his multitude of supporters, and even by his worst critics. I must confess that while I heard his music before, I was never a real fan. I could listen to his songs or watch his MTVs several times without tiring of it but I never sought out to buy an album or listen to it out of my own free will. But after seeing this movie, I realize that it is not really his unique music or upbeat dance moves that earned him the monicker "king of pop". Rather it was his boundless imagination and creative passion to inspire people to shine their brightest even when it was just practice. Michael reassured his team that it was OK to be human and make mistakes; "that's what rehearsals are for". And yet, he never compromised. Each dance move, rhythmic beat, hand gesture and sequined costume was part of a grander scheme to win the hearts and minds of his audience.

I feel that "This is It!", in more ways than one is far superior to another commercialized literary invention: Nike’s “Just Do It!”. “This is It” announces to the oneself and to the rest of the world that what is about to happen next is the culmination of a series of carefully thought out actions, perhaps because there is no promise of a second chance. “Just Do It” pushes action over too much thought, which may be a reflection of today’s video game mindset where people think they have multiple lives and pause and restart buttons when things go wrong. This is It! emerges from within. Just Do It! is something that is often driven from the outside. This is It vs. Just Do It. Quality vs. Quantity, Thought vs. Action. Reality vs. Image. Internal vs. External. Great vs. Average. Forever vs. Now. Heto na vs. Sige na.

This is It! reminds me to stop my unconscious quest for the all too common epitaph of the “Greatest dad who was never home” or the “Greatest husband I wish I knew.”Today is not a simple dress rehearsal for me for the rest of my life. Today could be the last chance for me to lovingly kiss my wife and thankfully embrace my 3 children. Today may be the last chance I have to ask forgiveness from my Lord God for my sins of commission and omission. I will not let this day go to waste by doing things half-heartedly thinking that this is just practice and that the real game is still to come. I will not withhold my dance of joy to the time when I am rich, or think I'm rich. I will live this day with utmost passion and zest and thankfulness. I will not conserve my energy for another day for that day is not promised me. All I have is today. "This is it!"

To hear the song, "This Is It"  hyperlink on the right side of this blog.
Posted by Bong De Ungria at 10:25 AM No comments: